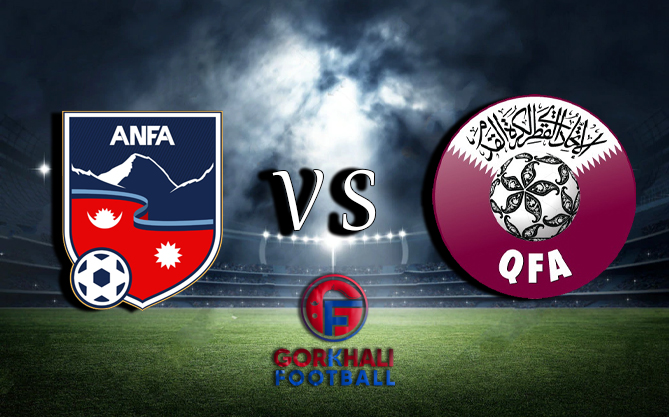 The Nepal National Football Team is preparing to play friendly matches with Qatari top league clubs at the end of February 2021. A few weeks ago, ANFA chairman Karmachhiring Sherpa proposed a friendly match when he went to Qatar. The Qatar Football Association has a positive attitude towards this.

Nepal has made an offer but will decide which club to play within a few days. The Nepal team is currently undergoing training for the 2022 FIFA World Cup and the 2023 AFC Asian Cup Qualifiers. Nepal will play the sixth match of the World Cup qualifier against Chinese Taipei on March 25 and will face Australia on March 30 five days later.

The Nepal team currently has 44 players participating in the World Cup trials. Although 58 players participated in the competition at the beginning, 14 players were fired in the first round, and now 44 players remain. After Nepal’s head coach Yohan Kalin resigned, Bal Gopal Maharjan was given the duties of acting head coach. The team is practicing under his leadership.

Earlier, Nepal had two friendly matches in November 2020 in Bangladesh led by Maharjan. They lost 2-0 in the first game and 0-0 in the second game. In the remaining three matches Nepal needs to play against Australia, Jordan, and Chinese Taipei.

For live details of Nepal Football vs Qatari clubs follow this link.