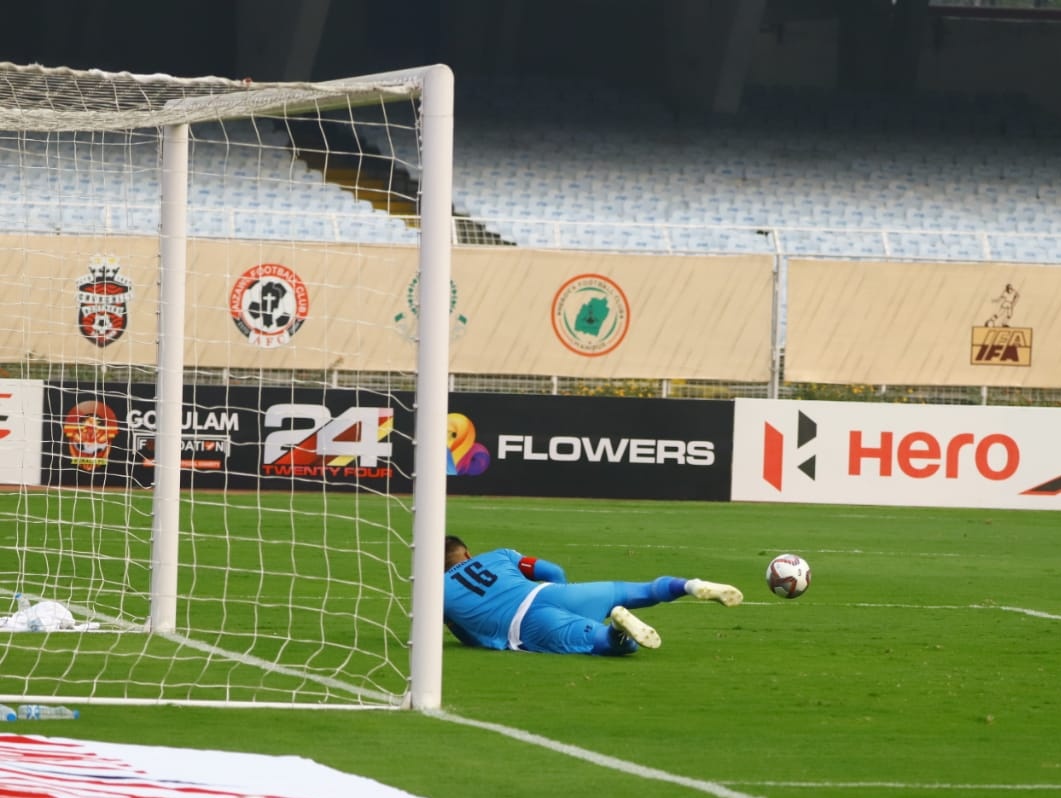 Nepal international Kiran Chemjong saves a penalty in the second match of Hero I-League 2020-21. In the match against Gokulam Kerala FC, Nepal’s number 1 goalkeeper Chemjong made some important saves. Despite his satisfactory performance in the match, his club Punjab FC lost the match 3-4.

Kiran who is playing his third season with Punjab FC was given an arm-band in this match. Facing RG Punjab FC, Gokulam fell 3-1 in the first half. But in the second half, they managed to complete three back-to-back goals in 6 minutes, winning 4-3.

In the 53rd minute, Dennis Antwi was placed down in a Punjab box and the referee pointed out the penalty spot. Antwi personally kicked the penalty, but the Punjab and Nepal’s superstar goalkeeper Kiran Chemjong Limbu managed to save the ball.

53' SAVED! Antwi lines up a penalty that he earned, but it is saved by Kiran Limbu 🧤