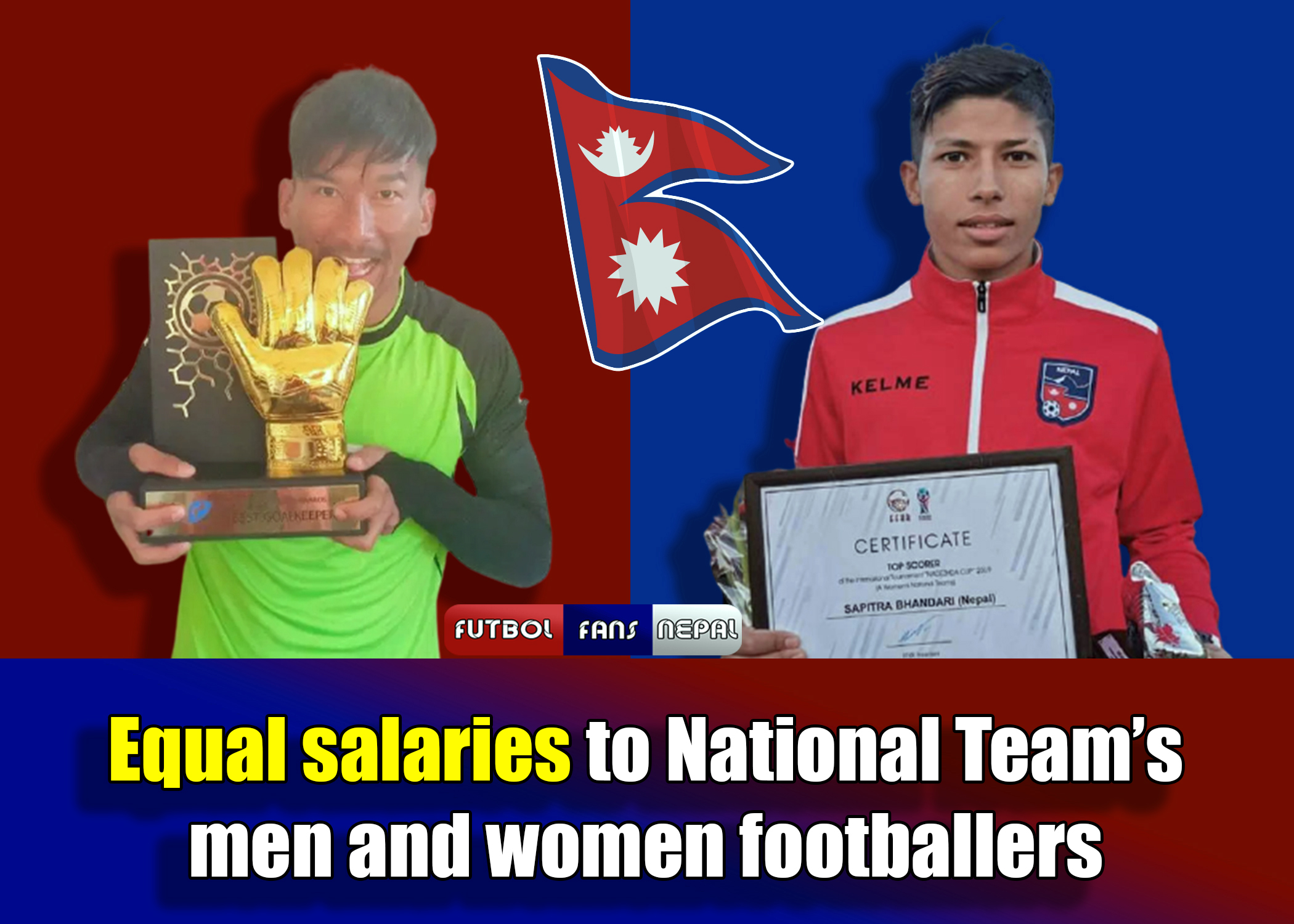 The decision of the All Nepal Football Association means that Nepali women’s footballers’ salaries will increase nearly three times from January 2021. National team players will now receive Rs.18,000 (around US$155) per month. The men’s National team salary increased by NR 3,000.

In order to end the gap of nearly ten years, the All Nepal Football Association decided to pay the same salary to the members of the national men and women’s teams starting from January next year.

Also Read: Top 5 Nepali Footballers who are waiting for a farewell
Also Read: When AFC banded Nepali footballers for match-fixing

The increase in salary clearly shows that women’s football is developing in Nepal. This will inspire new girls and push the team to perform better. Now there will be more competitiveness between players to make themseles into the National Team.