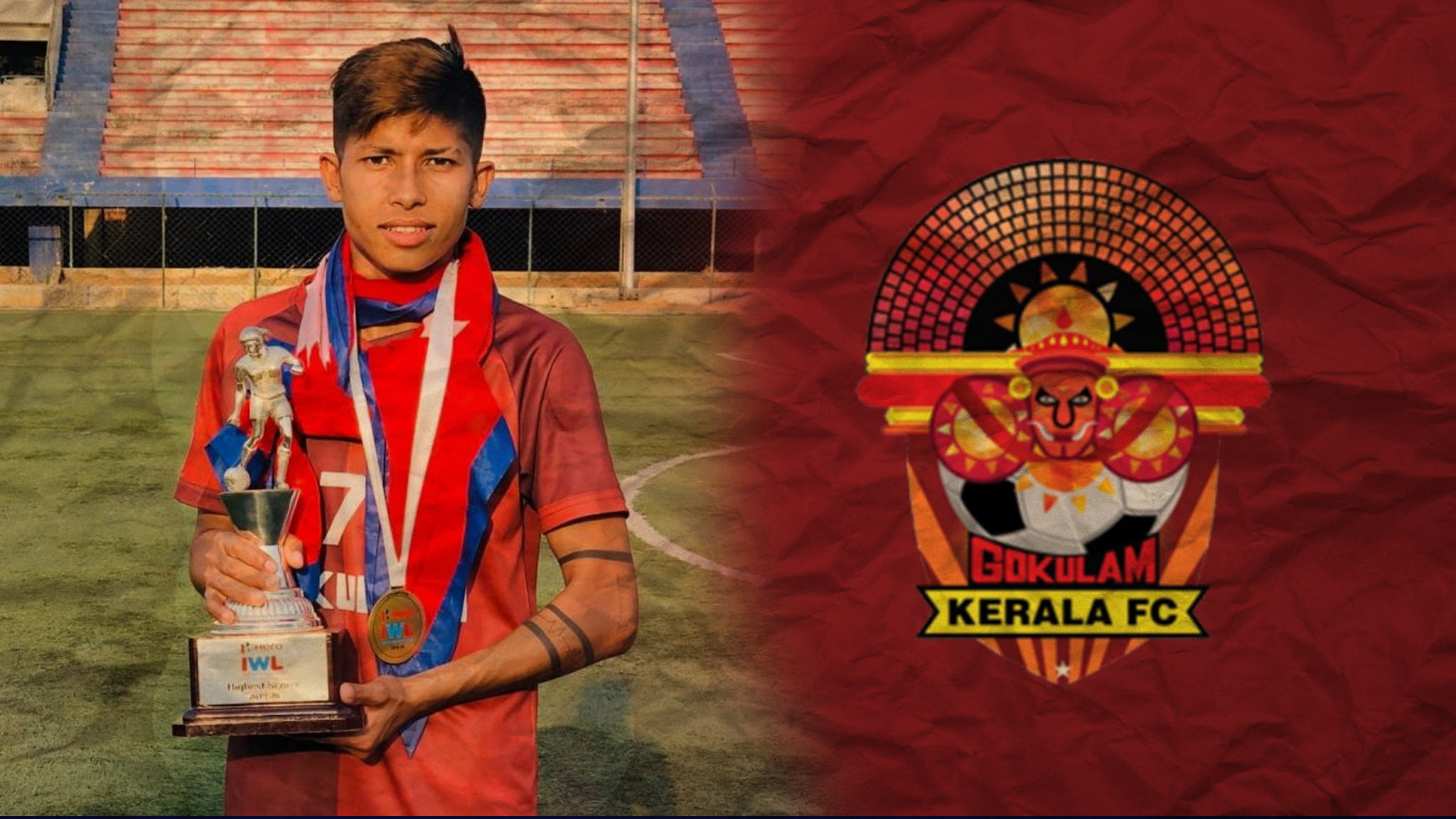 Sabitra Bhandari aka “Samba”, a striker for the Nepalese national football team, joined Gokulam Kerala, the Indian Women’s I-League champions. Gokulam announced that Sabitra signed a contract for one year with the club.

Bhandari, 26, is back at the club for the second time after title-winning season of IWL 2019-20. Before being the champions with Gokulam she and Sethu FC also triumphed in the Indian Women’s League (IWL). Bhandari had scored 16 league goals with Gokulam in 2019-20, which was the best of the season.

Golkulam won the IWF Women’s League championship two years ago as a result of Sabitra’s significant involvement. At that point, Bhandari stood out and Gokulam advanced through the playoff stage, going undefeated and reaching the final.

Sabitra missed a lot of time on the field due to knee injury, which kept her out of the field for a long time. After receiving treatment in Qatar, she returned home and has been playing on the pitch. Samba joined the club for the 2022 AFC Women’s Club Championship and Indian Women’s I-League.