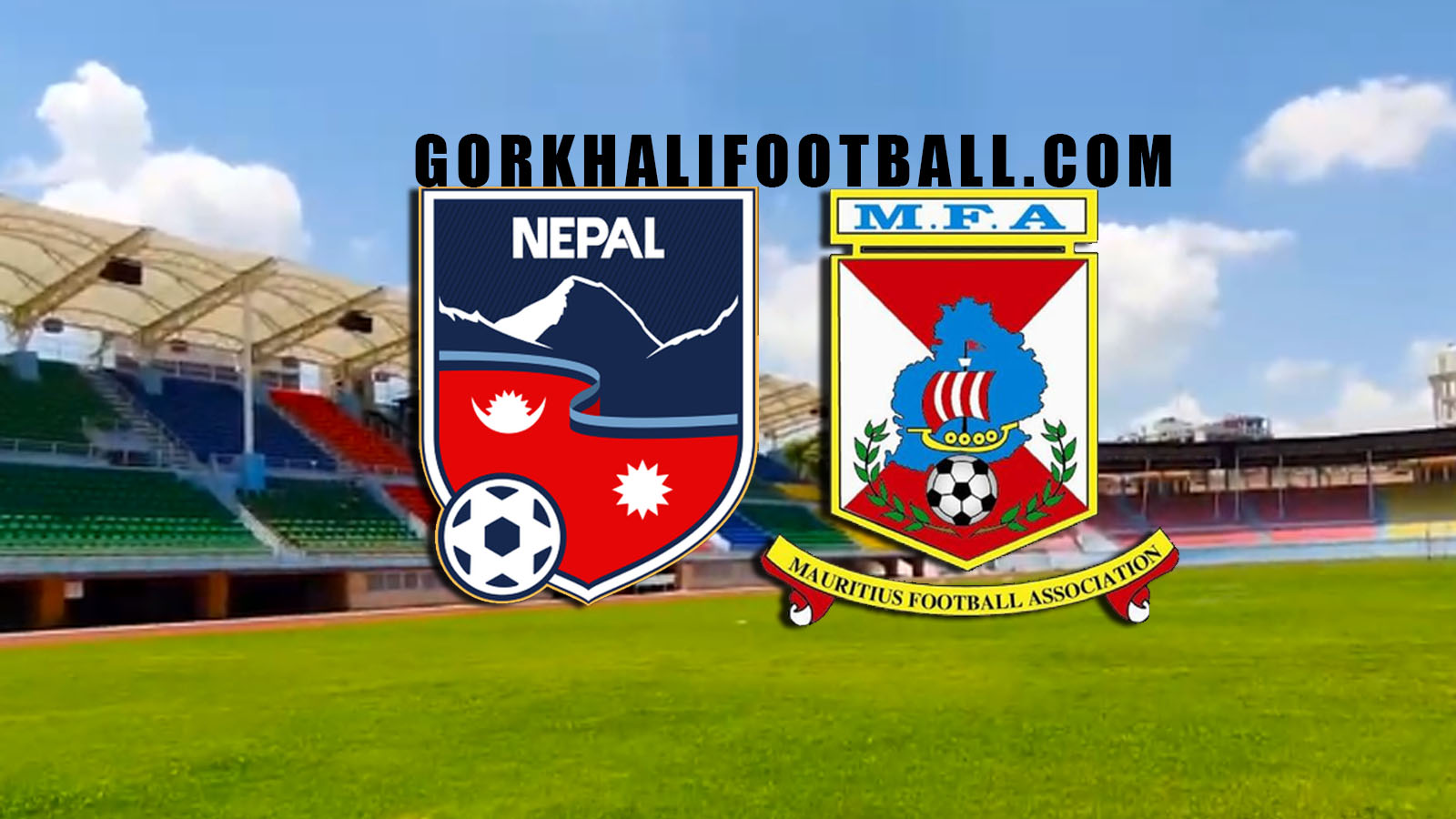 Nepal vs Mauritius Live Football link is given down;

You can watch this match on Kantipur TV HD

We will update and put the online live link here, keep visiting this page

The friendlies against the island nation, ranked 172 in FIFA ranking, will be played at Dasarath Stadium. Both the matches fall under the FIFA international match calendar dates.

The last time Dasarath Stadium hosted friendlies was against India on September 2 and 5 this year. Nepal drew the first match 1-1 and lost the second 2-1.

The national team last played in the final of the SAFF Championship on October 16 going down 3-0 against India. It was the first time Nepal had reached the final of the regional competition.

This friendly will be the first international match for Nepal after SAFF Final which was held in Maldives. All the latest updates about Nepal Football will here; keep visiting GorkhaliFootball.com.