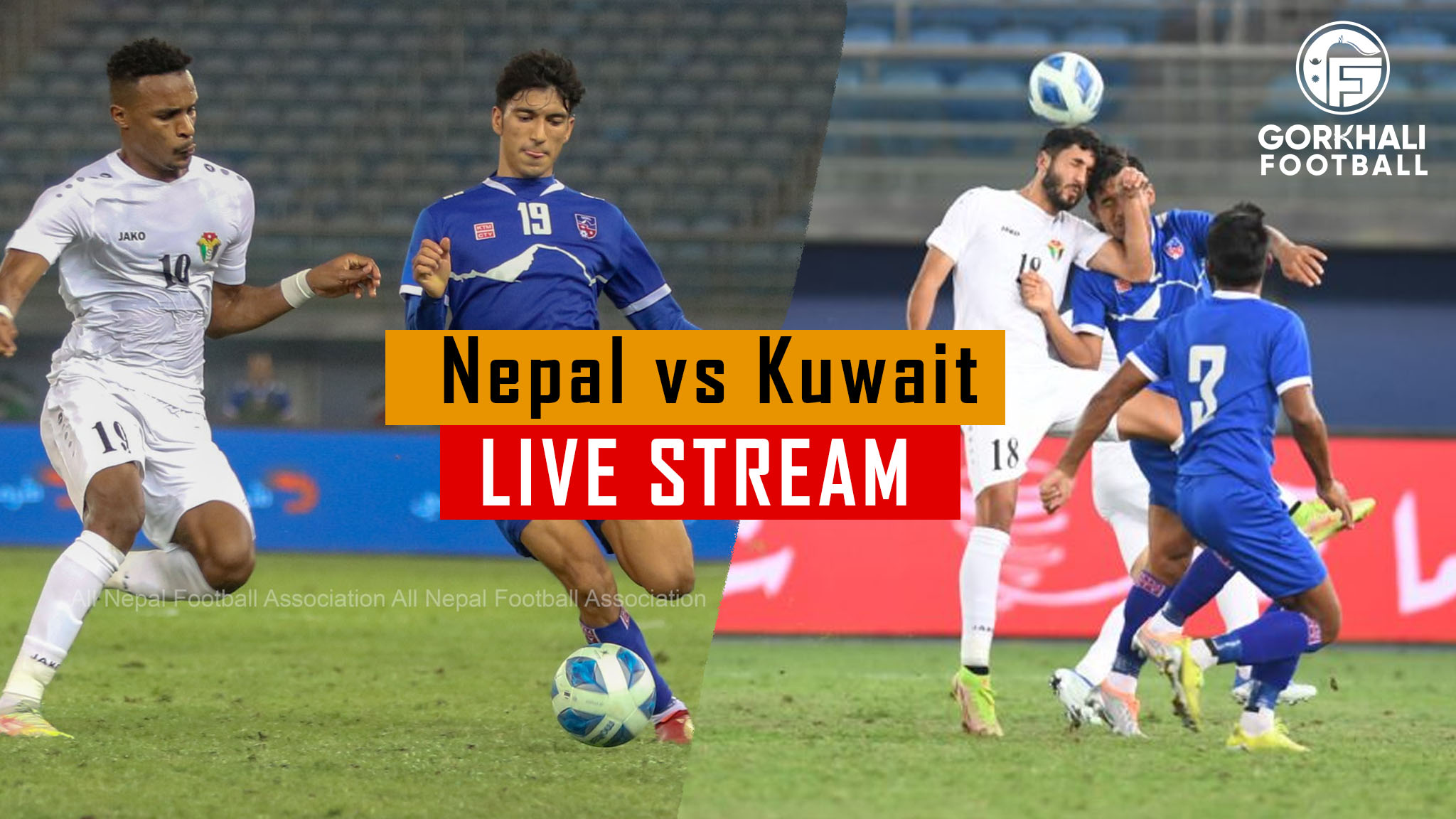 The group had gotten off to a thrilling start with Indonesia stunning hosts Kuwait 2-1 on Wednesday, thus boosting their chances of returning to the AFC Asian Cup for the first time since 2007, while throwing a spanner in the works for the home side who had missed out on the 2019 edition in UAE following a FIFA suspension that disqualified them from the qualifiers campaign. Jordan defeated Nepal 2-0 in the second game of the opening day.

Nepal v Kuwait
Coach Vitezslav Lavicka’s men know Saturday’s clash against Nepal could be their final chance to keep their qualification hopes alive, but the Kuwaitis will have to overcome one of their own to pick-up their first points of the campaign, with Kuwaiti head coach Abdullah Al Mutairi having been in charge of Nepal since September of last year. All the live links and details of this match are given below:

Nepal have never scored not got any points against Kuwait in three previous Asian Qualifiers encounters. Kuwait strolled to a 5-0 win in the AFC Asian Cup 2000 qualifiers. Kuwait did even better when the two sides met in Kuwait in the earlier round of the current campaign, winning 7-0, while a Bader Al Mutawa strike was the difference in a 1-0 win at Nepal’s adopted home of Thimpu, Bhutan.

Despite being the lowest ranked of the four sides in the group, Nepal proved to be tough opponents in their opening game against Jordan. Gorkhalis were able to hold group’s highest ranked team at bay for 69 minutes. Their resistance was broken by some fine footwork from Mousa Al Taamari followed by an emphatic Ali Olwan finish before substitute Hamza Al Dardour sealed their fate with a second goal from the penalty spot in the 82nd minute.

You can also watch the match live from KTV Sports channel of Kuwait.
For Detail Live information click here

Indonesia vs Jordan ( Second match of the group )

One of Indonesia or Jordan could all but confirm their place in the AFC Asian Cup 2023 when they face in the late Saturday kick-off.

With three points secured for both of them on Matchday One, a second win on the trot could well mean a place in next year’s Finals is secured should other results go the winners’ way.

Head coach Shin Tae-yong’s men are flying high after coming from behind to defeat Kuwait 2-1 in the previous game. Yousef Nasser’s header four minutes before the break was cancelled out swiftly by Marc Klok’s maiden international goal. After the restart, Rachmat Irianto added the winner to secure a famous win that puts Indonesia well on track for a top-two place. Team Garuda will have to guard against complacency as they take on a much more experienced Jordan side.

The match will be first time those two sides played each other in an official AFC match. Four previous friendlies between them have all ended in Jordan’s favour. Jordan’s soccer team’s last 4-1 victory came in 2019 against Indonesia.

All source of this news from AFC.COM