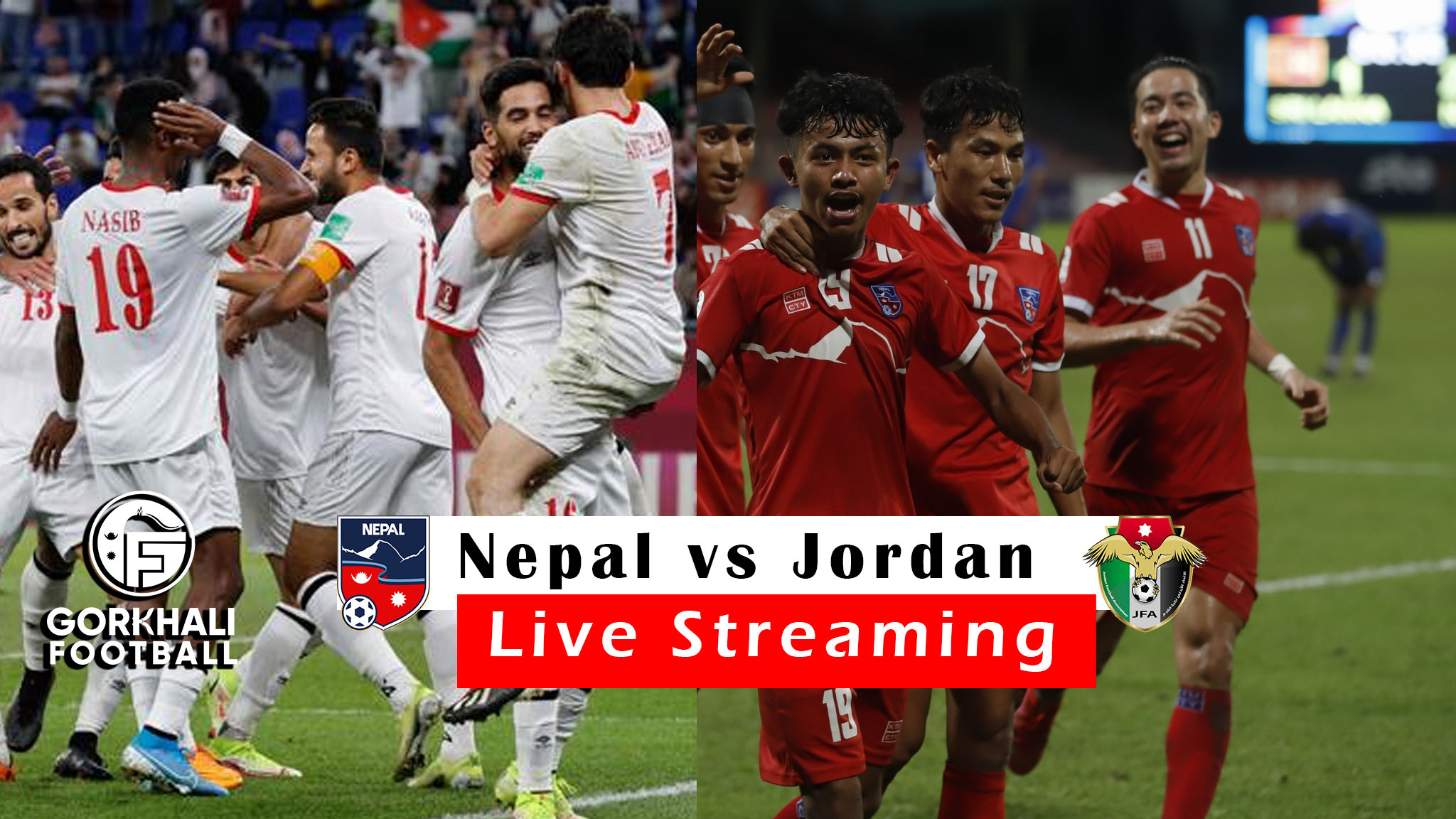 The lowest ranked side in the group, Nepal will test their ambitions of reaching the AFC Asian Cup for the first time in their history, but will have their work cut out for them as they face a Jordan side that has dominated the previous clashes between them with a 16-1 total score over four games.

A 9-0 win in Amman en route to reaching the AFC Asian Cup Qatar 2011 was Jordan’s biggest-ever win in international games, while the reverse fixture saw Nepal score their only ever goal against Jordan and pick-up their only point in a 1-1 draw.

This will be the fifth meeting between the two sides. This match plays an important role for both teams to qualify for the 2023 Asian Cup. The live of this match will be on this page. All the links and live details are given below:

You can also watch the match live from KTV Sports channel of Kuwait. For Detail Live information click here

The two sides met in Group B of the previous round of the Asian Qualifiers with both legs ending 3-0 as Jordan finished third in the group with 14 points, one place above Nepal who collected six points to finish fourth.

Kuwait City: The race for the final 11 slots at the AFC Asian Cup™ 2023 gets underway on Wednesday with 24 teams across the six groups. 1980 champions Kuwait host Group A where they will be joined by Indonesia, Jordan and Nepal.

Kuwait v Indonesia
Two sides that are looking to reinstate their place amongst the continent’s elite lock horns in the opening game of Group A.

Ranked 146 and 159 respectively, Kuwait and Indonesia were once two of Asia’s recognised powerhouses. The former winning the AFC Asian Cup in 1980 and the former representing the continent at the 1934 FIFA World Cup.

Both countries have missed out on the last edition of the competition. They have faced each other in AFC Asian Cup qualifiers twice and as many times in the competition’s Finals.

In UAE 1996, Kuwait came from two goals down to draw Indonesia 2-2 in the group stage. They were pitted in the same group again four years later in Lebanon and a 0-0 draw was the outcome. Talisman Bader Al Mutawa netted both goals when the two teams last met in Kuwait in the AFC Asian Cup Qatar 2011 qualifiers, while the reverse fixture in Jakarta ended 1-1.

2️⃣4️⃣ teams across 6️⃣ groups will begin their quest to qualify for the #AsianCup2023.

Who will you be supporting? pic.twitter.com/F33ZzhNoM7