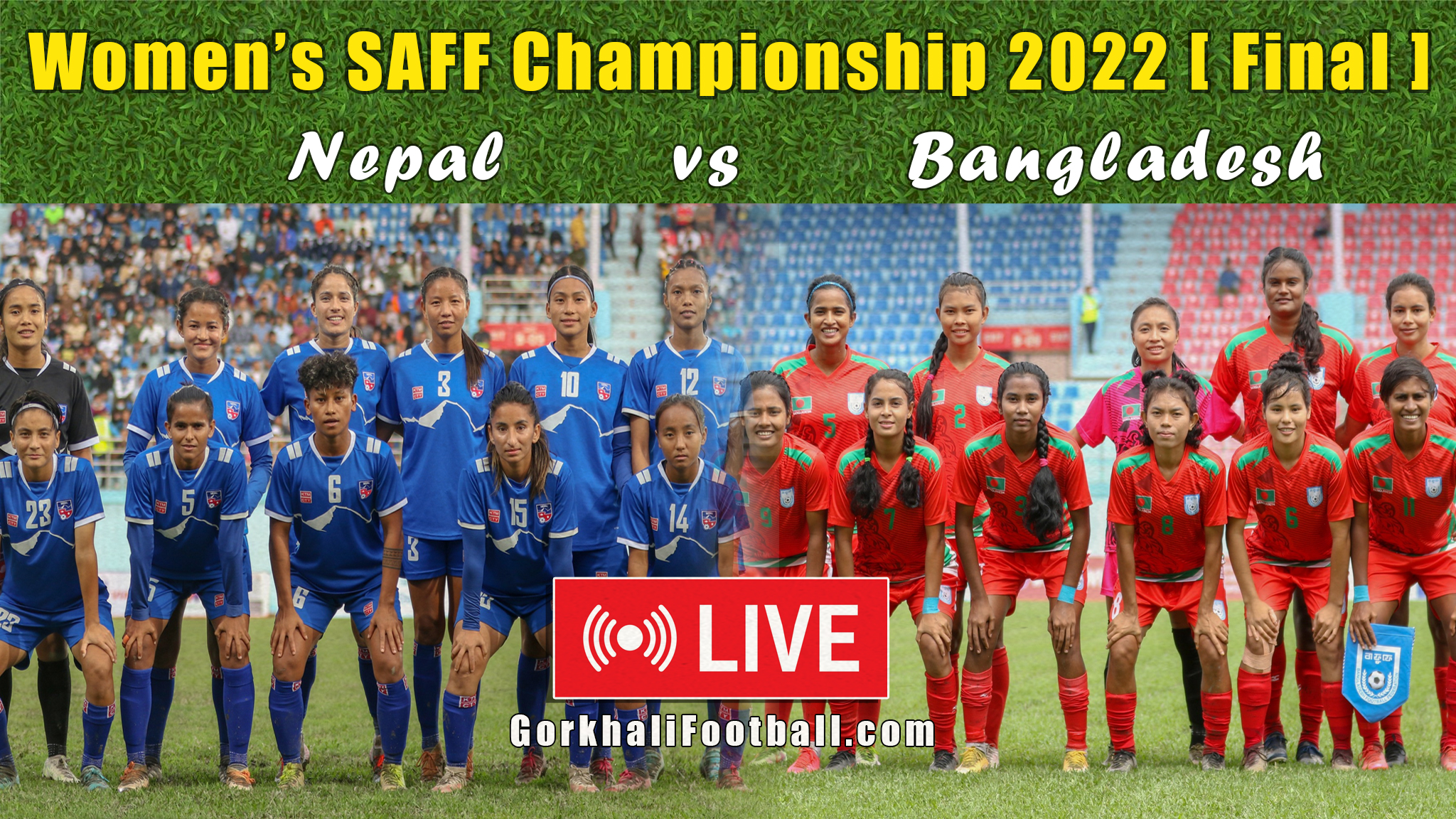 Another intriguing aspect of this edition is that the South Asian giant lost to the two finalists. India was defeated 3-0 by Bangladesh in the group stage and 1-0 by Nepal in the semi-finals. With all eyes on history, the SAFF Women’s Championship 2022 will crown new champions for the first time in more than a decade.

Bangladesh advanced to the final after defeating Bhutan 8-0 in the semi-finals, and had defeated India 3-0 in the group stage to hand the record champions their first defeat at the SAFF. Nepal and Bangladesh had perfect records en route to the final. Nepal scored 11 goals in three matches and Bangladesh scored 20 in four matches. The live links and information of Nepal vs Bangladesh – Final is below:

Nepal’s coach, Kumar Thapa, ” team is determine to keep the trophy at home and make history.” Given their best in the semi-final match against India, Nepal is expected to be backed by a large number of home supporters. One of Nepal’s major concerns is Sabitra Bhandari’s fitness, as the star forward and all-time leading scorer has been rested in the last two matches due to dengue fever. Bhandari scored twice in Nepal’s 4-0 win against Bhutan to extend her scoring tally to 40 goals for the national side.

Nepal have never lost a match against Bangladesh;

Sabina Khatun, the Bangladeshi captain, has been outstanding in the ongoing SAFF Women’s Championship. She has eight goals, including two hat-tricks, making her the SAFF’s leading scorer this edition. Khatun scored hat-tricks in the group stage against Pakistan and in the semifinals against Bhutan. Similarly, she scored two goals against the Maldives in the first match of the group stage but was unable to score against India.