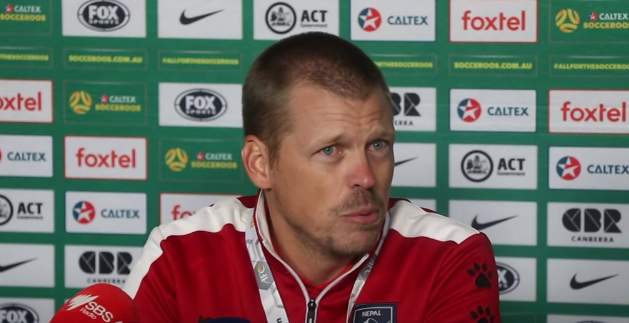 The head coach of the Nepal national football team, Johan Kalin, will not return to Nepal. Indraman Tuladhar, secretary-general of the All Nepal Football Association (ANFA), said that due to the Corona epidemic, the Swedish government would not allow him to leave the country and the possibility of his return is very small.

Swedish coach Kalin signed a contract for the head coach of Nepal in January 2019, and the contract will last until December 2020. After announcing a nationwide lockdown due to the Corona epidemic, he returned home.

Kalin first match for Nepal was against Kuwait in 2 matches friendly series. Nepal drew the first match 0-0 and lost the second match 1-0 in 2019 March. Nepal also played against Malaysia in a friendly and lost 2-0 under his coaching.

Without Johan Kalin, Nepal played an international friendly match series with Bangladesh on November 13 and 17. Nepal lost the 2 matches series against Bengali Tigers. Nepal lost the first match 2-0 and drew second match 0-0. Now, ANFA technical committee meeting to be held will discuss the appointment process of the new coach. Nepal have 3 remaining matches to be played in World Cup and Asian Cup Qualifiers.

Also Read: Top 5 Nepali Footballers who are waiting for farewell

One thought on “Johan Kalin will not return, ANFA is preparing to appoint a new coach”