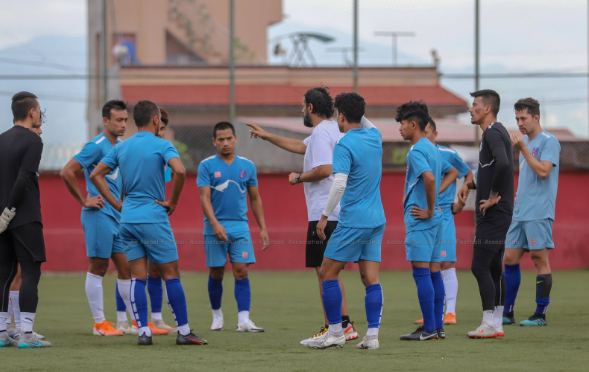 The National Men’s Football Team will begin training in a closed camp in Pokhara on Wednesday(2021 August 11). The team is currently preparing for the upcoming SAFF Championship and AFC Asian Cup China qualifier.

Members and officials of the team were on rest for 10 days and have arrived in Pokhara on Tuesday. Prakash Budathoki and Arik Bista will not join the team in Pokhara and will be replaced by Shishir Lekhi, Sesehang Angdembe, and goalkeeper Bishal Sunar.

Before SAFF Championship Nepal will play 2 friendlies against India on September 2 and 5. Likewise, Nepal will also play another friendly against Bangladesh in Pokhara Stadium.