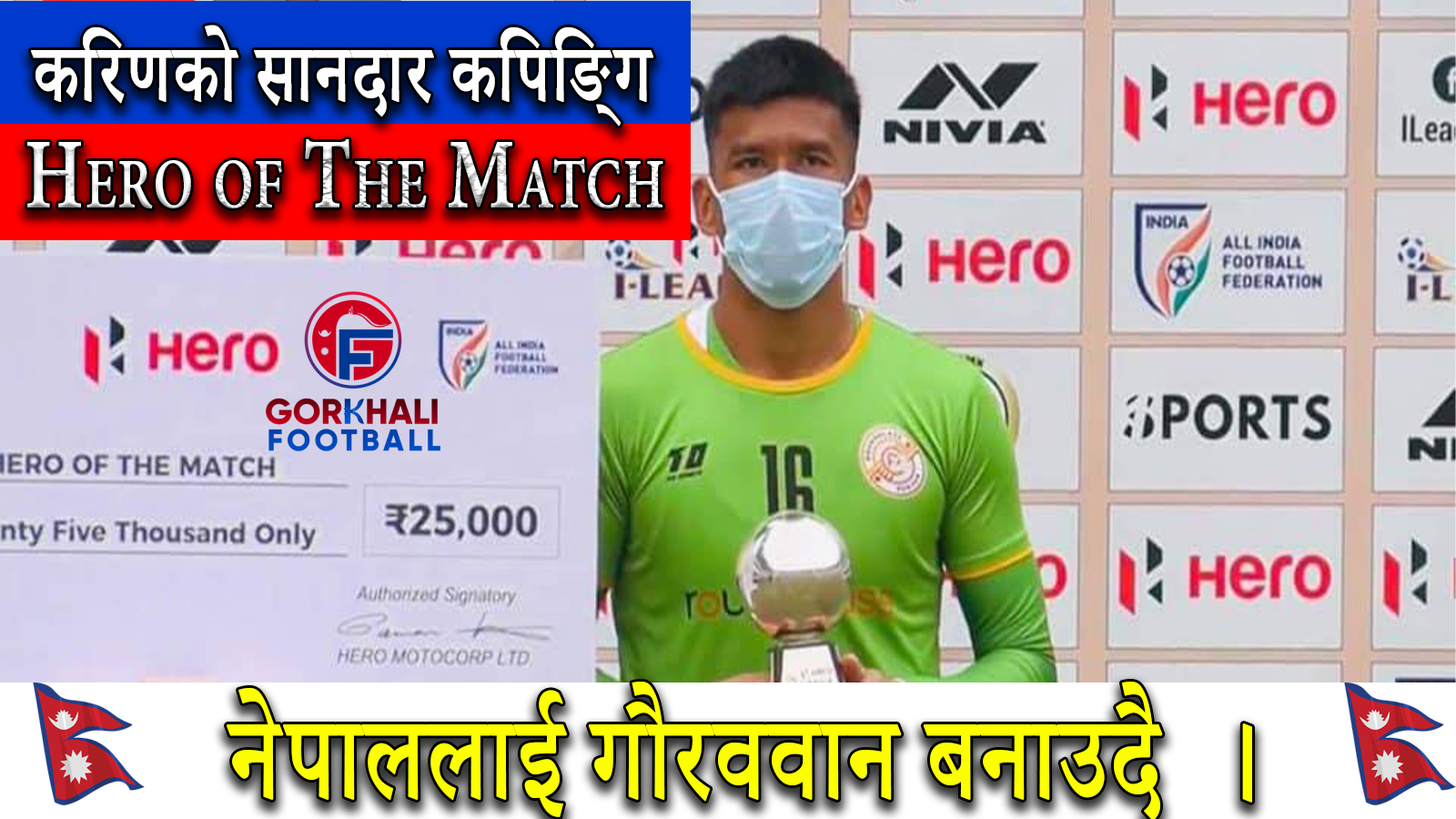 Nepal national team captain Kiran Chemjong is playing his trade with Punjab FC of India in Hero I-League 2020-21. He was awarded the man of the match in his 5th match for Punjab FC. In the match played at Guru Nanak Stadium in Chandigarh, both the teams Subeda Delhi and Punjab played a goalless draw and shared a point.

Nepalese international stopped some of the attacks made by Delhi. After a draw, Punjab is at the 8th position with 5 points including 1 win and 2 losses in 5 matches. Punjab will play its sixth match on February 4 against Tiddim Road Athletic FC. The match between the two teams will start at 7:15 pm Nepali time.

So far Punjab FC has played 5 matches. Despite the club’s unsatisfied performance is running, Kiran has had a good individual performance in I-League 2020-21. Kiran has made one penalty save and also has three clean sheet matches.